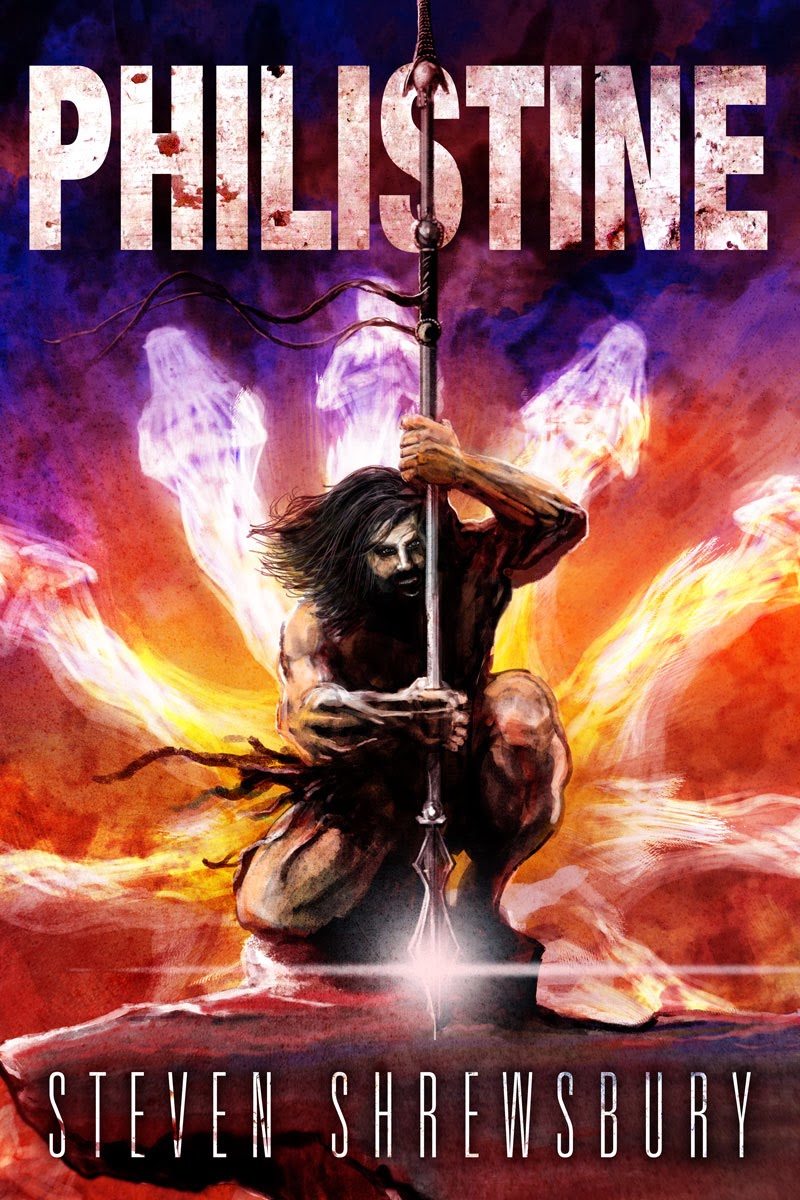 PHILISTINE was written by Steven Shrewsbury and published through Seventh Star Press in January, 2014. You may purchase this book at www.amazon.com and you may read more from the author at http://sshrewsbury.wordpress.com/category/blog

Goliath… the gargantuan hero of the Philistine army whose very name leaves the bravest warrior trembling in his armor and wetting his loincloth… a warrior since birth… son of a god… slayer of kings, men, and beasts… champion to all who beheld him.

PHILISTINE is an epic fantasy tale of the giant who became a hero to his race and a scourge to those who would try to rule over him and his kind. This action story is a bit different from those Bible tales we have heard before. Goliath is still the champion of the Philistine army, but in this telling, he lives to fight any and all who would try to kill him or enslave his people. Tasked by kings to expand their rule, Goliath must face all who would confront him, be they diabolical priests, evil gods, fanciful demons or mortal men. He must champion over them all even though he knows that death in battle will claim him someday. These exploits are the stuff of PHILISTINE.

Told with absolute realism and set down in the tongue of the day, the character of Goliath is strong beyond measure and invincible to all. His youth, spent in tyrannical training by those jealous of his parentage, is glimpsed by the reader through Goliath’s own tales told to those around him. His wisdom is seen through stories he tells of past battles and fallen comrades. His absolute knowledge that he is invincible, but that he will one day be bested and fall in battle, is what his life is destined for and that is how he prefers it.

Shrewsbury has written a tale of war and warriors, in a world long past, but more like the present than the reader may at first, realize. The addition of characters along the way, keeps the story fresh and the battles raging along nicely. And who doesn’t love a great battle for action and blood-letting realism? Goliath’s character is all-encompassing, powerful, intelligent and maybe a little bit bored with it all, but the story never stops entertaining as Shrewsbury pours on the evil bad guys and demonic minions and monsters, to keep our hero mowing them down in true fantasy fashion. This story leaps from the pages and will have the reader up all night, hating the meanies and rooting for the good guys.

Excitement, adventure, debauchery, and battle after battle punctuated with realism, and true to life writing at its best… this is what the reader will find in PHILISTINE. Steven Shrewsbury is a master crafter of worlds and heroes in battle, and PHILISTINE is THE epic fantasy adventure of 2014.
5 spiders for PHILISTINE… Sword & Sorcery at its best!