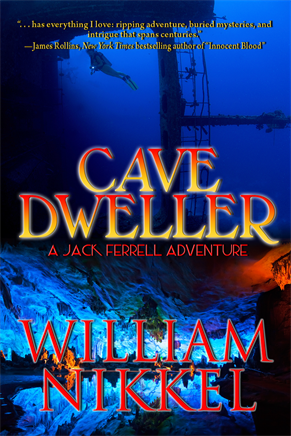 CAVE DWELLER was written by William Nikkel and published through Suspense Publishing in March, 2014. You may purchase this book from www.amazon.com and you may read more about William and his writing at www. williamnikkel.com

A strangely glowing fog on the bay, a lost, sunken, World War II mini-sub, and a human skull the size of a grapefruit. Marine Biologist, Jack Ferrell is on the hunt for the legend of Hawaii’s famed Menehune people; a child-sized human species that lived 12,000 years ago. But Jack is convinced… they still live, and he thinks he’s figured out where.

Jack, along with a crack team of scientist, dive Kauai’s Na Pali coast, and into a lava tube that takes them to an underground beach complete with tiny huts, small footprints and lots of unanswered questions; until things turn dicey and people start dying.

With two of the team murdered, and Jack and the others captured by the Menehune, Jack believes they may all be sacrificed until he finds an ally among the small race of people. What happens next is suspense at its best.

William Nikkel has taken a tropical setting, a chance discovery, and a famous Hawaiian legend, and turned them into literary gold with his newest thriller, CAVE DWELLER.

Nikkel’s free-wheeling Jack Farrell character is intelligent, funny and likable with that touch of ‘bad-boy’ the ladies love. Just the man to lead the reader into this impressive story premise. Nikkel’s research and first-hand knowledge of Hawaii, and its many legends will mesmerize the reader, while his ability to spin a suspenseful tale, and his expert use of interesting characters to help move the story along, is top-notch.

Action, adventure, murder, and fear of the unknown, combine to make William Nikkel’s CAVE DWELLER, his best work yet, and put him in line for the top of the thriller genre heap.

Don’t miss this one… 5 spiders!

Posted by WebbWeaver at 9:22 AM No comments: 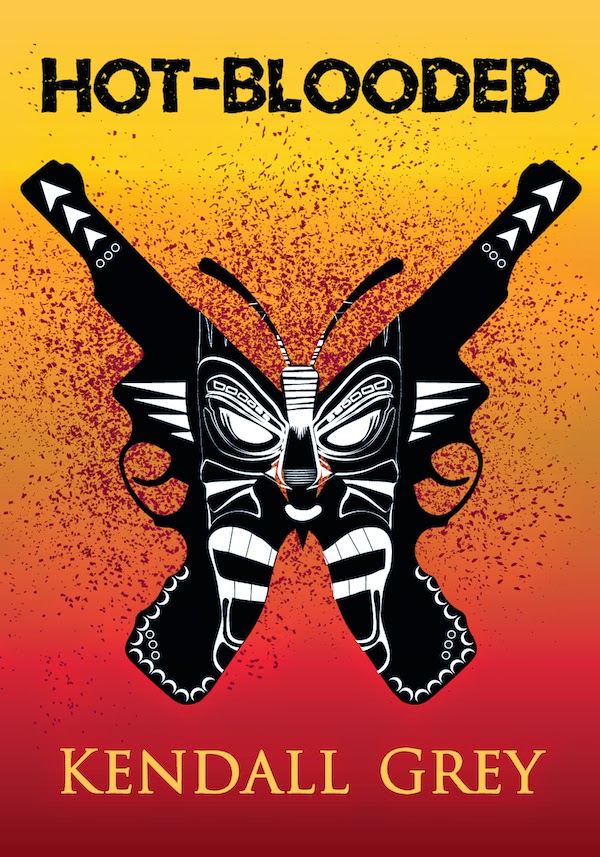 The first installment in the Ohana series, HOT-BLOODED is set on the island of Maui and is wrapped in the light and dark watercolors of Hawaiian culture, history, and mythology. It's about guns, drugs, surfing, and tiki monsters. HOT-BLOODED tells the tale of a ballsy, half-Hawaiian angel-turned-demon, the duplicitous assassin who falls for her, and the blessings and curses of family—all wrapped up in freaky, supernatural gift paper.

When an accident claims her mother’s life, Keahilani Alana must take charge of her ohana (family) or risk losing what little they have. With an underage brother to care for and no education, she has few options. The door to a heavenly hellish opportunity opens when she stumbles upon a valuable secret her mother left behind on the slopes of an extinct volcano—a legacy that tempts the family with riches beyond their wildest dreams. But the secret is much bigger and more sinister than they realize. As reality unravels and exposes eerie truths about the ohana that should have remained deep under the mountain, Keahilani must either resist the call of her blood or risk being consumed by its darkness.

Blake Murphy is an assassin working to infiltrate a new Hawaiian cartel. His investigation reveals that Keahilani, the sexy surfing instructor he pegged as an informant, is much closer to the drug ring than he thought. Passion ignites between them in the bedroom, but their ironclad ties to opposing interests pit them against each other everywhere else.

When tensions reach the breaking point and her ohana is threatened, the only cure for Keahilani’s hot-blooded fury is a loaded clip with a body bag chaser.
They don’t call her Pele for nothing.

So, are you up for a steamy, violent descent into tropical-island madness with a supernatural twist? If so, you can add HOT-BLOODED to your Goodreads TBR here. The release date hasn't been announced yet, but Kendall is shooting for the end of June or early July. Stay tuned!

WARNING: HOT-BLOODED does NOT end with a happily ever after. It contains drug use and graphic sex, language, and violence. The story is intended to entertain, not to condone or glorify illegal or immoral activities. This book is unsuitable for sensitive readers and those under the age of 18.

Posted by WebbWeaver at 12:09 AM No comments:

Book Review of THE TIPPING POINT by Walter Danley 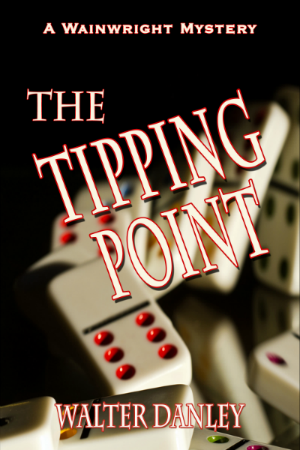 The TIPPING POINT was written by Walter Danley and may be purchased at www.amazon.com You can find out more about Walter at http://walterdanley.com

As a first novel I think Walter Danley has done quite a good job. This is an interesting, entertaining who-done-it with a touch of romance.

When Garth Wainwright's business partner and friend is killed while skiing in Aspen, the police call it an accident but checking the 'accident' scene, Garth believes otherwise. Warned to leave it alone, Garth's knows he's onto something. Convincing the other partners of the firm, however, proves to be more difficult until a case of fraud from inside the company is discovered and then, one by one, the partners are being murdered.

Garth and the few people he can trust, including his love interest, Lacey Kinkaid, a former prosecutor, find themselves chasing a killer (or killers?) and are led on a wild ride and put in certain danger trying to stop any more of them being picked off.

This is an entertaining read and I found myself looking forward to finding out who was behind it all. 4 spiders for this great read.

Cheers from Down Under,
Jennie J.

Posted by WebbWeaver at 10:20 AM No comments: