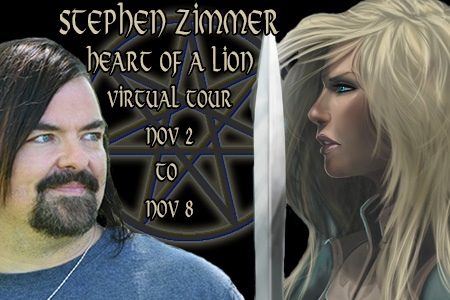 WebbWeaver Reviews is participating in the HEART OF A LION Virtual Blog Tour, and we will be featuring a guest post by Stephen Zimmer on Friday, November 6th. All this week he will be making stops on the tour with guest posts, interviews, and reviews of his new release from Seventh Star Press. Please check out all the information and blog stops below and follow him on his tour. And don't forget to check back here on Friday for Zimmer's special guest post.
Also, be sure to check out the contest going on through November 10th for a chance to win a Kindle Fire HD 8 and autographed books from Stephen. Scroll on down to find the easy-to-enter contest and you could WIN BIG. 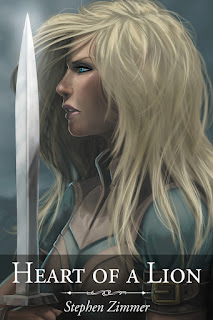 About the author:   Stephen Zimmer is an award-winning author and filmmaker based in Lexington Kentucky.  His work includes the cross-genre Rising Dawn Saga, the epic fantasy Fires in Eden series, the sword and sorcery Dark Sun Sawn Trilogy, featuring Rayden Valkyrie, the Harvey and Solomon Steampunk tales and the Hellscapes and Chronicles of Ave short story collections.

Book Synopsis for Heart of a Lion:  Rayden Valkyrie. She walks alone, serving no king, emperor, or master. Forged in the fires of tragedy, she has no place she truly calls home.

A deadly warrior wielding both blade and axe, Rayden is the bane of the wicked and corrupt. To many others, she is the most loyal and dedicated of friends, an ally who is unyielding in the most dangerous of circumstances.

The people of the far southern lands she has just aided claim that she has the heart of a lion. For Rayden, a long journey to the lands of the far northern tribes who adopted her as a child beckons, with an ocean lying in between.

Her path will lead her once more into the center of a maelstrom, one involving a rising empire that is said to be making use of the darkest kinds of sorcery to grow its power. Making new friends and discoveries amid tremendous peril, Rayden makes her way to the north.

Monstrous beasts, supernatural powers, and the bloody specter of war have been a part of her world for a long time and this journey will be no different. Rayden chooses the battles that she will fight, whether she takes up the cause of one individual or an entire people.

Both friends and enemies alike will swiftly learn that the people of the far southern lands spoke truly. Rayden Valkyrie has the heart of a lion.

Heart of a Lion is Book One of the Dark Sun Dawn Trilogy. 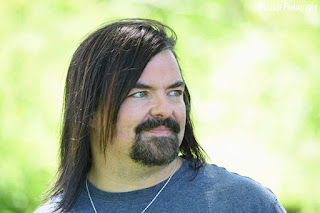 Posted by WebbWeaver at 8:34 AM